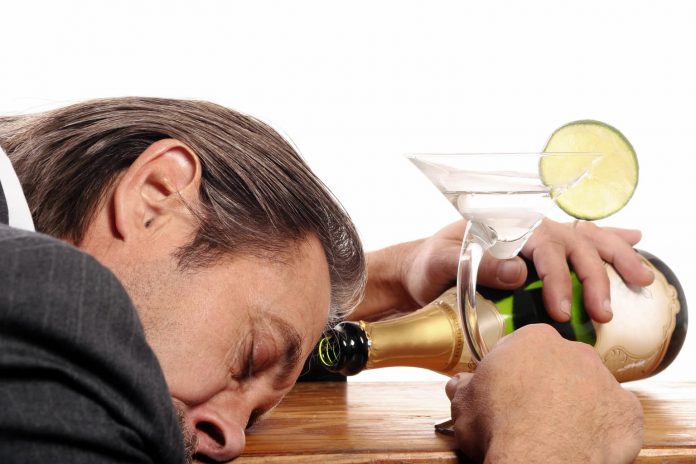 Hangovers are a no big deal; nearly everyone gets it though some episodes can be nastier than the others. Whether you are nauseated, have an intense headache, nursing a stomach ache or presenting any other hangover symptoms, read on for ways to get rid of them in the quickest possible ways.

1. Do the 3 Rs – rehydrate, replenish and recover.

In order to quickly recover from a gruelling hangover, your top priority is to get hydrated so you can flush out all those toxins in your urine. Make sure that you replenish those lost electrolytes by downing non-caffeinated drinks like Vitamin Water, Gatorade or just plain water, and do this ASAP! It’s even better if you can do this before you plop yourself into bed. In the morning, consuming juices that are loaded with vitamins like tomato or orange juice can also aid in banishing those hangover blues away.

For a relatively easy pick-me up during a hangover, chew on a banana. This will provide your body with a kick of electrolytes like potassium and magnesium.  The potassium content of this fruit can help counter the dehydrating effects of the alcohol which can reduce the feeling of dizziness, headaches, shakiness, fatigue and more.  Bananas can also help alleviate your feeling of nausea and aid in the stabilization of your blood glucose levels.

3. If you have a stomach ache due to hangover, try drinking a club soda with Peychaud’s bitters in it. It’s guaranteed to help ease the pain.

If you’re feeling nauseated after last night’s drinking binge, start re-introducing something into your stomach by eating a rather soothing snack. Get some crackers and spread a bit of honey in it. Not only is this snack easy on the stomach, but the honey is a good source of potassium, sodium, fructose and other antioxidants that can help eliminate your hangover symptoms.

5. Will drinking a cup of coffee help?

This has been a common practice said to cure hangovers, but apparently, the deed is more than just an old wives’ tale. Drinking alcohol dilates your blood vessels which lead to massive headaches due to the rush of blood into the system. Caffeine though is what is called a vasoconstrictor—meaning it will narrow your blood vessels for lesser blood flow, which in turn can help relieve the throbbing in your head.  Just be careful though, since coffee is a diuretic, it can also be as dehydrating as alcohol. Ergo, consume your coffee in moderation and continue to drinks lots of water and fruit juices to avoid feeling parched after.

If you think you can tolerate food while still nursing a hangover, prepare yourself a slice of toast and an egg which is like the best combo for hangover meal therapy.  Eggs pushes for your body’s detox process, big props for their protein and cysteine content—an amino acid that basically fights and gets rid of toxins in your liver. On the other hand, a slice of toast can provide for those energy-boosting carbohydrates that your body needs.

If you’re not quite happy with the idea of eating solid foods, then soups may be your best bet.  Chicken soup is great because it is loaded with potassium and other electrolytes that can replenish your currently diminished supplies.

To prevent a hangover the next time you go on an all-out drinking spree, make sure that you choose you booze wisely to minimize the occurrences of those nasty after effects. Keep this rule in mind: the darker the beverage, the worse you’ll feel once you’re hung over. Whiskey, bourbon, brandy and such are classic examples of these. If you don’t want to be completely wasted the next day, choose light-colored beverages like gin, vodka and white wine. True, you might not entirely prevent being hung over, but you’ll less likely encounter that perpetually earth-shaking-want-to-throw –up feeling the following day.

Josephine Mills - May 22, 2018 0
When faced with various health problems, health experts recommend that we make changes to our diet or lifestyle. Now when your hormones are affected,...