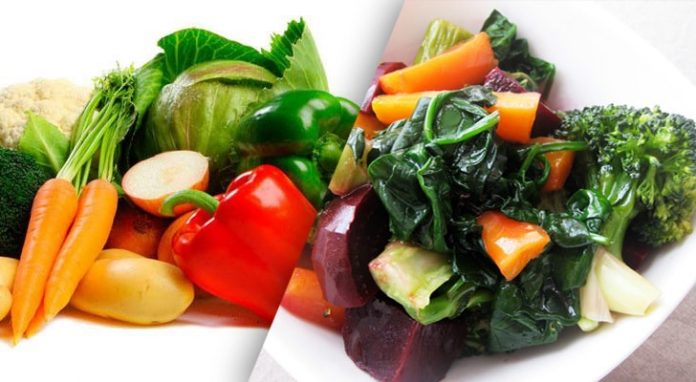 A lot of people are wondering if veggies lose their nutritional content when heated, so this article will attempt to answer that sometimes mind-boggling question.

Cooking is essential to people’s diets because it allows food to be digested by the system without too much of an effort. The heat softens the meat and other food fibers that are otherwise going to be too hard to munch on with our teeth and jaws if eaten raw. And while there are a number of people who are avid foodists who claim that cooking eliminates the food’s natural vitamins and minerals, as it turns out, eating raw vegetables and meat are also not always the healthier (or safer) option.

A research published last 2007 at The British Journal of Nutrition has shown that people who follow a strict raw-food diet may have normal levels of vitamin A and higher levels of beta-carotene, however, these people will also lack in lycopene—a known potent antioxidant.

Lycopene is the pigment mainly found in rosy vegetables and fruits such as tomatoes, pink guava, watermelon, papaya and red bell pepper. Lots of previous studies have linked high consumption of lycopene to lower risks of developing various cardiovascular illnesses and cancer.  Researchers have even referred to lycopene as a more potent antioxidant compared to vitamin C.

On a study conducted in 2002, it was established that cooking tomatoes highly boosts its lycopene content. The reason? Because the heat aids in the breakdown of the tomatoes’ thick walls and helps the body in the absorption of the nutrients that are bound or stuck to those walls. Other vegetables like carrots mushrooms, spinach peppers, cabbage, asparagus and more also give off a lot more antioxidants (ferulic acid and carotenoids) when steamed or boiled. It was said that antioxidants such as the ones mentioned previously were best preserved if the food containing them were to be boiled or steamed, rather than fried.

Deep frying is a rather known source of free radicals mainly because of the oil being continuously oxidized in the presence of high heat. Free radicals are harmful to the body because they can damage healthy cells. They are also linked to the development of many chronic health problems such as heart and inflammatory illnesses, cancers and cataract formation. Anti-oxidants help the body by preventing tissue and cell damage caused by these free radicals by stopping its formation, binding to them or pushing for their destruction.

On the other hand, there are other vegetables that are better off eaten raw than cooked. In some foods like the ever famous broccoli, heat can damage the good enzymes it otherwise contains. This brings us to a conclusion that comparing the healthfulness of cooked or raw foods is somehow complicated. There are still a lot of unsolved mysteries surrounding how molecules found in fruits and veggies interact with the body. What matters most though is for people to eat these foods no matter how they are prepared as they are bound to help the body, one way or another. Cooking however, makes these foods more palatable, and people are more likely to consume what looks great and seems tasty for them.

Find out Which of These Surprising Ways to Meditate is Best...

Josephine Mills - June 13, 2018 0
A lot of people have an aversion to meditating because they believe that it's something that has to be carried out in that iconic...