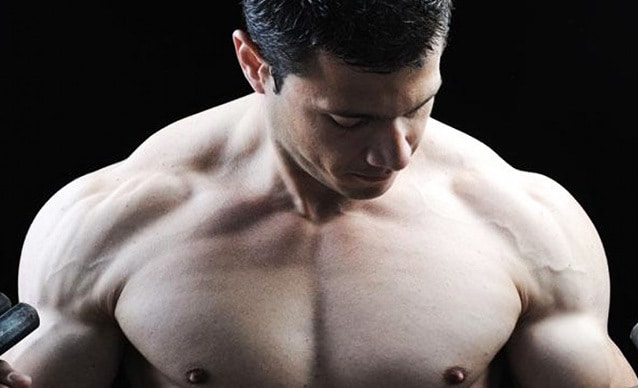 For bodybuilders, a massive pair of trapezius or traps signifies one’s strength, along with a massive chest, broad shoulders, huge arms and legs, and wide back. In anatomy, the traps refer to two large superficial muscles that stretch longitudinally from the occipital bone t the lower thoracic vertebrae and then laterally to the scapular spine. It is responsible for scapular movement and arm support. In this regard, the following are some tips and exercises for larger traps.

The barbell shrug is one of the most common exercises for the traps. According to Muscle and Fitness, the person stands up straight while holding a barbell. Then, he raises his shoulders up as far as he can go and holds for a second. Finally, he gradually returns to the starting position. As per the publication, the exercise can also be done with the barbell behind the back, with the dumbbells by the side, or with a shrug or Smith machine.

Farmer’s walk strengthens the forearms, but it also blows up the traps, according to strength coach Vince Kreipke, as cited by Body Building. To perform the exercise, the person stands between two implements. Next, he grips the handles and lifts them up driving through his heels, keeping his back straight and his head up. Finally, he walks taking short and fast steps while breathing. The person moves for a given distance like 50 to 00 feet, as fast as he can. The exercise can also be performed with heavy dumbbells or short bars.

The deadlift is usually included in the back program, but it also engages the traps. According to Muscle and Performance, the hips and legs work to lift the bar from the ground during a deadlift while the traps contract isometrically to maintain a straight back. Also, the traps work to keep the chest up, which is also essential in executing the deadlift properly. To perform the deadlift, as per Strong Lifts, the person stands with his mid-foot below the bar, without touching it with the shins. Next, he grabs the bar, with the arms shoulder-width apart, hanging just outside the legs, and vertical from the front-view. The person also bends his knees until his shins touch the floor; he does not move the bar and keeps it over his mid-foot. Then, he lifts his chest and straightens his back. Finally, the person takes a deep breath, holds the bar, and stands up, keeping the bar against his legs. It is important not to shrug or lean back at the top.

The trapezius help in both shoulder motion and arm support. Thus, it should also be trained regularly, along with the other muscle groups in the body.

Make Your Own Almond Milk in 5 Easy Steps!

Josephine Mills - March 7, 2017 0
There are many different alternatives to cow's milk, and one of the most popular of them is almond milk. Creamy, packed with protein, vitamin...