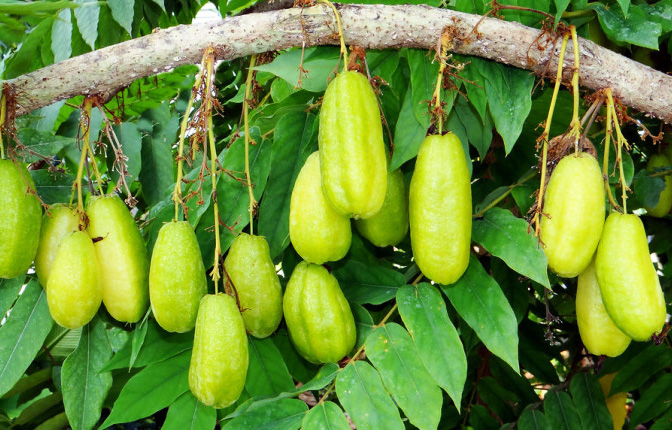 Also known as cucumber tree or tree sorrel, the bilimbi tree is native to many Asian countries such as Malaysia, India and Indonesia. The said tree bears really sour fruits that are commonly eaten as they are, turned into jams and candies, or used for cooking Asian dishes calling for some tart flavor.

For so many years now, traditional healers in countries where the bilimbi tree is native to employ the leaves of the said tree in preventing and combating numerous types of health problems, from insect bites to joint pain. Bilimbi leaves can be utilized by turning them into decoctions, infusions, teas, poultices and paste.

So without any more ado, let’s take a look at some of the things that bilimbi leaves can remedy:

One of the most popular traditional uses of bilimbi leaves is for the treatment of cough. Taking it orally in the form of an infusion is said to be effective in relieving some of the most unfavorable symptoms associated with such upper respiratory tract infection, like difficulty in breathing due to chest congestion and pain.

The leaves of the bilimbi tree may by pounded and turned either into a paste or poultice, which may then be applied directly on painful muscles. Unlike conventional painkillers and non-steroidal anti-inflammatory drugs, bilimbi leaves help ease muscle pain without causing unfavorable side effects.

Paste or poultice out of bilimbi leaves is also highly effective for dealing with joints that are swollen, stiff and achy. It’s due to the fact that the said leaves possess both analgesic and anti-inflammatory properties. By the way, tea out of bilimbi leaves may also be taken internally for relief from swollen joints from within.

Speaking of bilimbi leaf tea, it’s something that may be taken by someone who is suffering from the painful and embarrassing problem called hemorrhoids, which is also sometimes known as piles. The anti-inflammatory properties of bilimbi leaves can help in reducing swelling down there, resulting in reduced pain and bleeding, too.

Another term for venereal disease is sexually transmitted disease or STD, which makes it apparent as to how the problem gets from person to person. One of the most effective traditional remedy for such is the use of bilimbi leaves. By either applying on problem areas or taking internally, or both, venereal disease can be put under control.

Pounding the leaves of the bilimbi tree makes for an effective topical remedy for mumps. Whether in paste or poultice form, such traditional remedy can help in easing swelling and pain associated with the infected parotid salivary glands. Sometimes the young twigs of the bilimbi tree turned into paste may also be used for mumps.

Allowing the leaves of the bilimbi tree to boil in water and letting it cool to room temperature results in an effective remedy for an assortment of skin problems. The said decoction is said to be very good against boils and pimples. However, it may also be used for many other skin issues that can become infected.

Turning bilimbi leaves into paste results in an age-old remedy for insect bites. Simply daub the paste on trouble spots to immediately attain relief from the throbbing pain. Paste out of the leaves of the bilimbi tree is also very good at preventing those insect bites from swelling, as well as keeping scarring at bay.

Yes, bilimbi leaves are capable of providing all of the health benefits tackled above. However, just like when attempting to use other leaves for dealing with a health problem, see to it that you let your doctor know about it first. This is true most especially if you have a medical condition, taking a prescribed or over-the-counter drug, pregnant or nursing.

6 Must Have Foods in the Pantry

Josephine Mills - January 25, 2017 0
Having a well-stocked pantry can save you a lot of headaches in the future not to mention make it easier for you to whip...