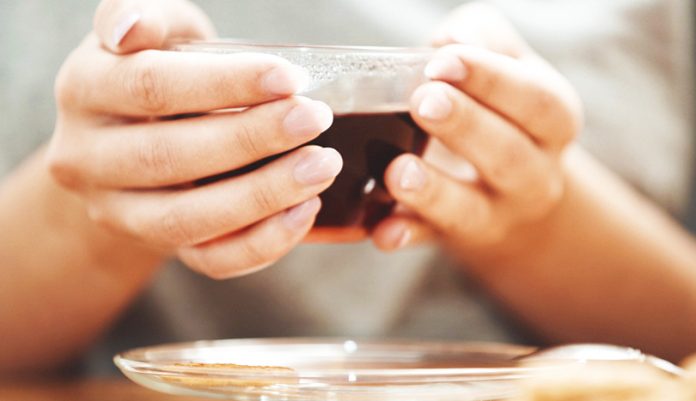 A lot of women have a hard time facing menopause. Aside from the fact that it signals the end of their reproductive years, it’s also something that comes with an assortment of unfavorable symptoms most especially during the years just before menopause strikes — it’s called perimenopause.

Hot flashes, night sweats, insomnia, mood swings — these are just some of the peskiest things that accompany menopause. They’re around because of the drastic changes in the levels of hormones inside the body of a menopausal woman.

While there’s the so-called hormone replacement therapy or HRT commonly recommended in order to deal with the various symptoms of menopause, many women steer clear of them because of the health dangers such as increased risk of blood clots, heart attack, stroke and breast cancer.

Indeed, a lot of menopausal women would prefer putting up with the pesky symptoms of menopause than putting their lives in danger due to the risks associated with HRT.

But there is really no need to put up with those really bothersome things that menopause tends to bring as there are some all-natural remedies for them, and some of the best come in the form of herbal teas.

So keep on reading if you want for your menopause to go as smooth-sailing as possible. Also, don’t forget to share this article on your different social media sites later on to get your menopausal family and friends acquainted with the following herbal teas that are proven to help provide much-needed relief from those menopause symptoms:

There is no denying that the various symptoms of menopause can easily leave a woman feeling stressed. Well, being stressed can actually make those symptoms worse, thus creating a vicious cycle that needs to be broken ASAP.

An herbal tea that is scientifically-proven to help deal with stress without delay is holy basil tea. Also sometimes referred to as tulsi, holy basil is revered for its superb adaptogenic properties — it helps the body adapt without trouble to stress.

Other than holy basil, there is another adaptogenic herb that is known to possess amazing adaptogenic properties: ginseng. Needless to say, the consumption of ginseng tea on a regular basis can be beneficial for menopausal women.

Based on numerous studies, ginseng tea is especially effective for alleviating hot flashes. It’s also great for fending off night sweats. Basically, night sweats are the result of hot flashes that choose to make their presence known at bedtime.

A lot of people who are suffering from anxiety swear by the effectiveness of valerian tea in easing the mental and physical symptoms of the said mental disorder. It’s for the fact that it is capable of relaxing not only the mind, but also body.

This is why valerian tea is also perfect for women who are experiencing night sweats and insomnia — valerian tea can help promote a good night’s sleep, which is very important for keeping at bay further hormonal imbalance.

Scientists confirm that dong quai tea is very good for alleviating the many different unfavorable symptoms of menopause by regulating the levels of hormones within. What’s so amazing about this herbal drink is that it can raise or decrease estrogen, depending on the needs of a menopausal woman.

By the way, dong quai tea may also be taken by women who are still in their reproductive years and are commonly bugged by unfavorable symptoms just before they get their period. In other words, dong quai tea is perfect for PMS sufferers.

WARNING: Refrain from taking herbal teas for therapeutic purposes without first asking your doctor, especially if you have a known medical condition or you’re taking prescription drugs.

Make Your Own Baked Banana Chips

Josephine Mills - February 6, 2017 0
We all know that bananas are cheap and easily accessible, yet highly nutritious. If you want to enjoy bananas in a whole new light,...