DO IT AS IT WAS MEANT TO BE DONE

Ever remember high school? How you tried to take Spanish, but it was so awkward and no one told you to take it seriously, and you just half-assed it? And you kept pronouncing the words wrong? And when you finally got to go to Spain, you could never understand a single person there? Oh and how you wished you could have learned the language with authority?

That authority. It’s the one thing you need when working out. But you’d realize, if you haven’t already, that acting on something while having authority is difficult. People would be ashamed to speak in Spanish like they meant it. It’s easier for people to say it wrong (and not give a damn) than to at least try to say it correctly.

Having said that, if your Spanish is anything like mine, it’s crappy at best.

Same results from your workout? Thought so.

The mistake most people make is they believed that going to the gym and going through the routines, simply to finish them, is the way to go. Do all the exercises. Finish the reps. That’s all that matters. But it’s not that simple. I observed that many struggle to get results because of HOW they approach the workout and HOW they attack it. This is the biggest problem I’ve seen, bigger even that the training routines they come up with.

Take for example a woman who can “pull off” a certain kind of dress and look gorgeous at it, but when you try it on, you look absolutely positively ridiculous. And you’d never be caught in polite society wearing it. That analogy is part of the point I’m making.

That woman doesn’t look gorgeous because she knows a lot about fashion or style or what the kids nowadays think is in. She looks great in an unconventional outfit because she donned it with AUTHORITY.

It’s the same thing with training. You won’t see results if you have no idea how to don the workout. There are times when the problem is just lack of know-how. But more often than not, with those who are newcomers to gym life, the problem is the absence of authority, physical authority.

How does one work out with authority?

My personal goal for the people I train is to give them authority. What does that mean? I just want them to work out like it’s their business, like they own it, like they’re the master of it, and the workout itself is but a tool. I always tell them to be more athletic, or to be fast, sharp, clean or similar things. But it means they should do it with authority.

I found that it does work. The advice to be athletic may come across as generic and not helpful at all, but it gets the job done. The women who just started working out take it to heart. If I didn’t know any better, I’d think that they never thought they could be athletic, or nobody empowered or enabled them to think so. And when they finally realize it, they discover how strong, fast and skilled they can really be.

When you change how you see yourself, you can change everything, including the way you go about training. It’s philosophy that I tackle every time I’m in the gym with the people I train. That’s also the reason I use loads of imagery. I tell clients to see themselves as superheroes, wild animals and other dynamic beings before difficult workouts. Make no bones about it, the way you see yourself is a very big part of all the things you do.

Aside from my goal to aid everyone in getting their mojos and lifting their confidence in their physiques to all-time-high levels, I have something else in mind.

To get results, one must learn how to maximize effort to its fullest potential, to as far as it could go. I always mention my preference in working out, to do low repetitions, with heavy weights. I prefer this because it is both way better and satisfying when you do five or six flawless repetitions with heavy weights, compared to lifting twenty-five hurried and sloppy repetitions using lighter weights. I found this to be true with almost everything I do in the gym. Doing repetitions that require a lot of effort is more effective in building muscle and burning fat. It’s also more effective in cultivating a healthier heart. Repetitions that require a lot of effort also help make one stronger, more skillful, more confident and happier. Although there is no empirical evidence to support the last two, I feel them in my soul to be true.

But why is it more effective? Because it disturbs metabolism.

By disturbing metabolism, what I mean is how much work and energy the body needs after a training session to recover.

Being athletic, and moving that way immediately provide a person authority over the physique. It makes every repetition all the more effective. There is a huge gap in the results seen from someone who just does the workout and leaves, and someone whose mind is in what he or she does. And the gap in the results in enormous.

I know it’s the single most important hidden philosophy in health and fitness–to see yourself in a different light, to have physical, mental and emotional preparedness during every training session so you can give everything you have and more. Why? Because it has very little to do with the business side of it. It has very little to do with selling magazines or the latest sportswear. It’s the clear line that separates people who waste time, and people who get results. If you train but never get results, then this approach might be just what the doctor ordered. Because most of time, half-ass-ing your way through training is never the way to go. Do the work out as it was meant to be done. Do it because you’re great at it.

It might be too easy to say, and too difficult to do, but here’s my suggestion:

Try creating a different persona, a heroic athlete perhaps? Lace up your shoes the way superstar singers put on their outfits. Change who you are for the workout. Convince yourself you’re great and you will be. Train with the authority of that awesome persona.

Try tightening up your muscles for each repetition. Try sharpening, quickening and cleaning your movements. Try acting like you and the guy with the great physique beside you in the gym are on the same level. Train as hard and as fierce with as much authority as that guy. Try rocking the routines like your favorite rock star wears his or her leather pants. Remember, you have your body and you have the workouts. Wear them with authority. 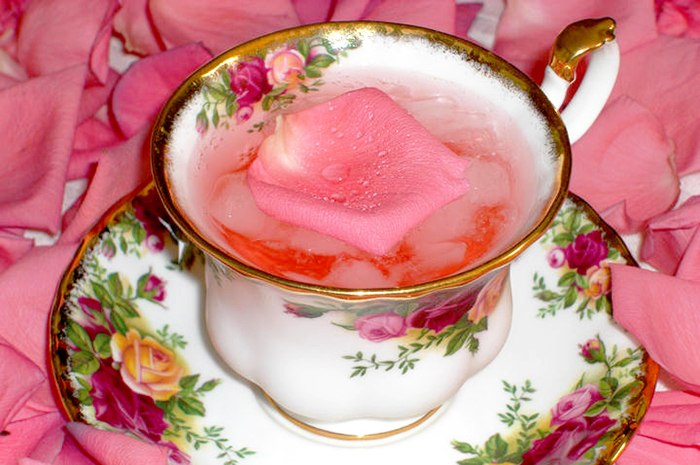 Reasons to Brew and Drink a Cup of Rose Tea

It’s no secret that roses are some of the most beautiful and sweet-smelling flowers around. However, not too…
byJosephine Mills 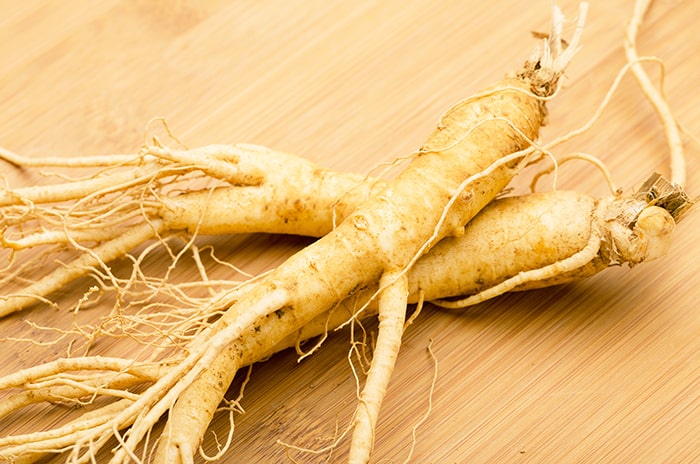 5 TCM Herbs You Need to Have at Home 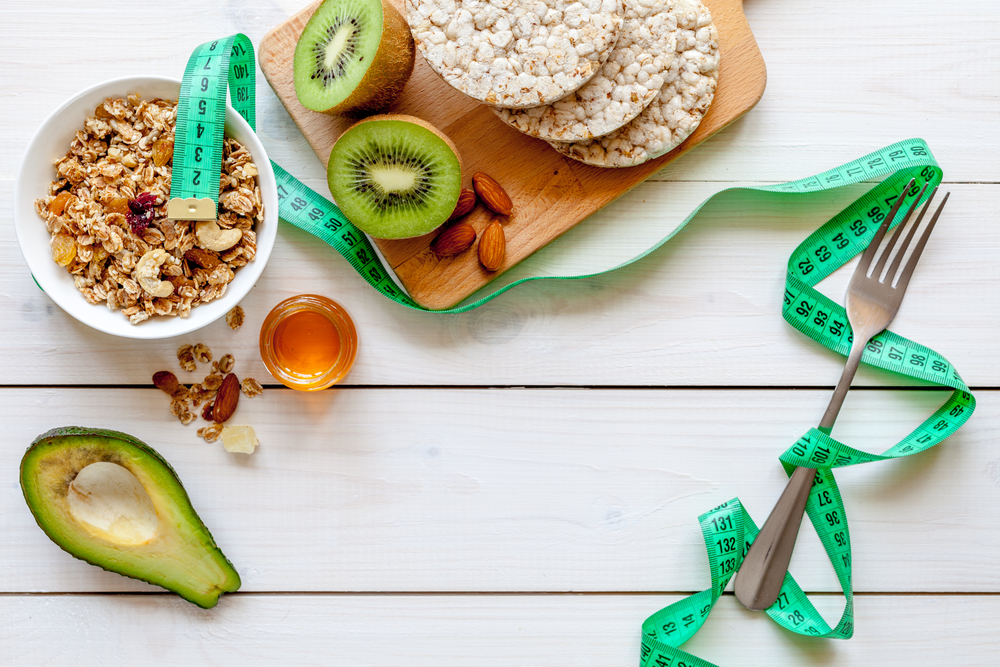 How to Get Your Diet Back on Track 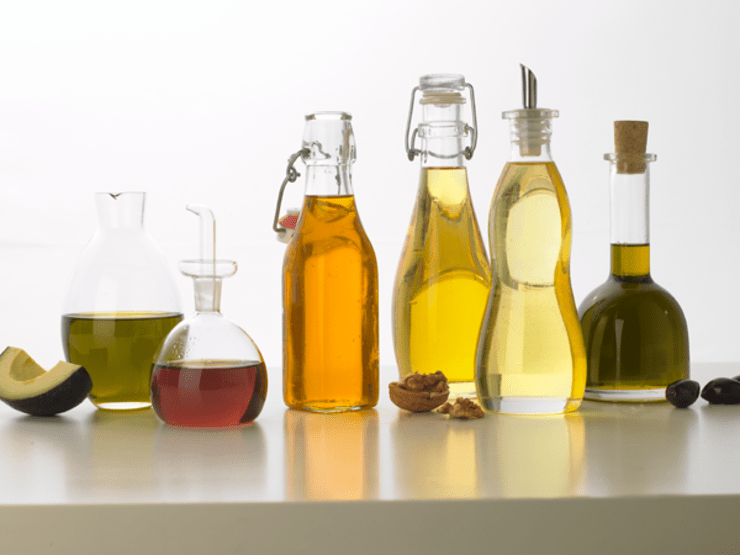 Which Oils are Best for Cooking?