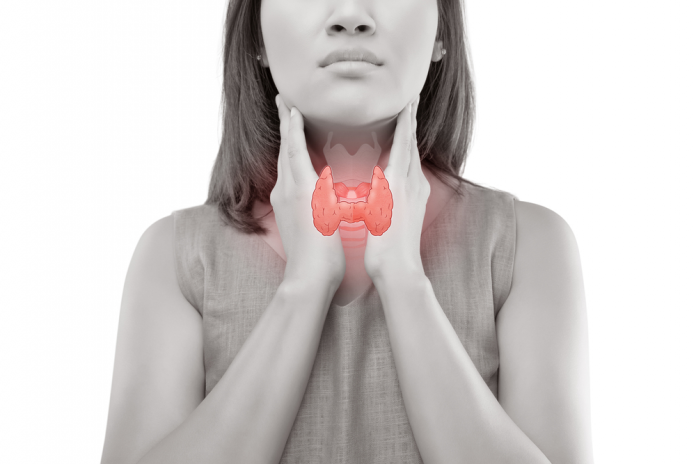 It’s important to take the medications prescribed to you by your doctor in order to put your hyperthyroidism under control.

Perhaps you are aware of the fact that there are certain foods that you should add to your diet on a regular basis to help keep the disease from worsening and its various symptoms (anxiety, hand tremors, rapid heart rate, feeling hot, fatigue and others) from intensifying.

This article will tell you all about some of the foods that you should considerably limit or completely avoid if you are suffering from hyperthyroidism.

Got some family members and friends who are also battling hyperthyroidism? Then don’t forget to repost this later on before you go so that they, too, may know that they should steer clear of:

Individuals who are suffering from hypothyroidism, which is the polar opposite of hyperthyroidism, should load up on seafood in order for them to obtain good amounts of iodine which is needed by the thyroid gland for it to be able to produce enough thyroid hormones.

Those who have hyperthyroidism, on the other hand should limit or steer clear of them as too much iodine is bad.

Aside from seafood, ingredients or food products that have lots of iodine in them should be avoided as well. Some of them include nori, carageenan, agar agar and iodized salt.

There are ingredients found abundantly in processed meats such as corned beef, ham, bacon, pepperoni, salami and hot dogs that are bad for anyone who is diagnosed with hyperthyroidism, and they are nitrites — they are added in order to extend the shelf life of a food product.

According to health authorities, nitrites have the ability to increase the thyroid’s ability to absorb iodine present in the food you eat.

By the way, it’s not just those with hyperthyroidism who should turn their backs on processed meats, but also those who are suffering from hypertension and heart disease as processed meats are also packed with sodium which is bad for the blood pressure.

Contrary to popular belief, various processed meat products are not the only ones that have nitrites in them. Did you know that nitrites can also be found naturally in certain vegetables, all of which offering an assortment of health perks?

Worry not because you can get your antioxidants, fiber, vitamins and minerals from vegetables other than nitrite-containing ones. Various fruits also make for wonderful regular additions to your diet.

Everyone knows that those who are dealing with celiac disease or gluten sensitivity are strongly advised to stay away from wheat, barley, rye, triticale and anything else that contains gluten, a type of protein that can cause inflammation of and damage to the intestines in some people whose immune systems are not fond of it.

Even if you do not have celiac disease or gluten sensitivity, it’s a good idea for you to steer clear of gluten-containing foods if you are told by your doctor that you have hyperthyroidism.

That’s because gluten may cause low-grade inflammation to take place inside of you, and this can actually aggravate your hyperthyroidism.

Some of the symptoms of hyperthyroidism are very much similar to those that are commonly experienced by individuals who are suffering from anxiety disorder. Some of them include nervousness, hand tremors, heart palpitations and profuse sweating.

It’s for this reason why anyone who is battling hyperthyroidism should avoid coffee and other caffeinated beverages in order to fend off some of the most uncomfortable symptoms of the said disease.

Caffeine present in certain beverages (and also chocolates!) won’t really make hyperthyroidism worse, but it can keep a hyperthyroidism sufferer from having a smooth-sailing day.

Tips on Toning the Legs

Josephine Mills - May 14, 2017 0
The legs help people in movement, such as in repositioning, sitting, standing, walking, jumping, and running. Thus, a pair of healthy and toned legs...