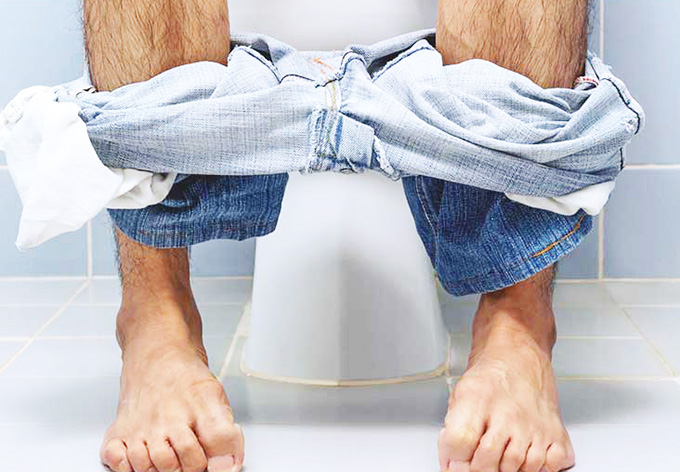 Blood in the stools is one of the common problems of the gastrointestinal tract. It may indicate an underlying medical condition like ulcer or hemorrhagic disease. If untreated, it may progress to complications like blood loss or infection. The following are the causes, signs and symptoms, and home remedies for presence of blood in the stools.

Presence of blood in the stools has various causes and these causes yield different tinges of blood. According to Health Line, black tarry stools indicate upper gastrointestinal bleeding, since blood mixes with digestive fluids and takes on a tar appearance; examples are ulcers, esophageal irritation, and gastritis. As per the publication, certain medications also lead to black tarry stools. These include iron supplements and bismuth-based medications. Even gastrointestinal circulatory abnormalities may lead to black tarry stools; these include bowel ischemia, vascular malformation, and varices. On the other hand, red blood stools are caused by bleeding in the lower gastrointestinal tract. Some associated conditions that manifest this kind of bleeding include benign or cancerous polyps, hemorrhoids, benign or cancerous polyps, and inflammatory bowel diseases like Crohn’s disease, ulcerative colitis, and diverticulosis.

The treatment for presence of blood in the stools depends on the cause. For example, stool softeners and sitz baths are recommended if the underlying problem suggests hemorrhoids. Also, medications like antacids are given for bleeding ulcers while antibiotics may be prescribed for inflammatory bowel conditions. Some remedies can also be done at home to manage bleeding in the gastrointestinal tract.

Ginger, buttermilk, and sesame seeds also help counter blood in the stools. According to Home Remedies for You, the person may mix dry ginger powder and dry senna leaves powder and put five grams of the resulting mixture in a glass of lukewarm water and is consumed before sleeping. Senna promotes gastrointestinal movement and easier stool passage, which prevents bleeding. A glass of buttermilk with salt and pepper can also be consumed for hemorrhoids while half tablespoon of sesame seeds and butter or poultice with sesame seeds can also be applied in the affected area.

Along with the aforementioned remedies, blood in the stools may necessitate diagnostics examinations, which aid determines the cause of the bleeding. As per Manhattan Gastroenterology, a person may undergo colonoscopy, a procedure that involves checking the gastrointestinal structures for evaluation. As per Dr. Khodadadian, as cited by the publication, one may undergo infrared coagulation as definitive counter to hemorrhoids.

Presence of blood in the stools may suggest medical problems in the body, such as gastric ulcer or dengue hemorrhagic fever. To prevent complications, it is best to consider seeking medical consult from a doctor for proper assessment, diagnosis, planning, intervention, health education, and evaluation.

Josephine Mills - May 19, 2018 0
Capers are the flower buds of capparis spinosa or the caper shrub. If you are into Mediterranean cooking, then it's very much likely for...