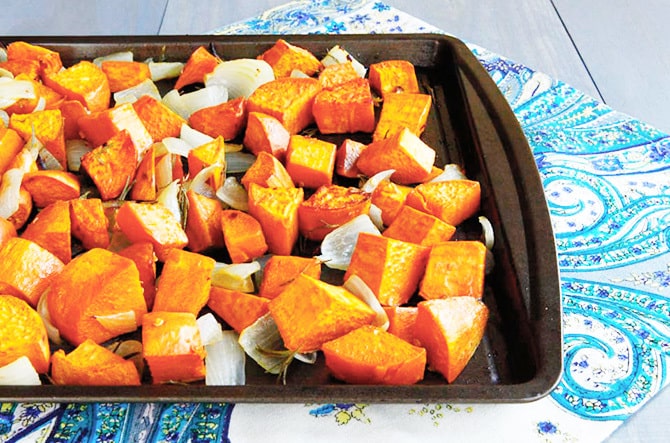 Achy and stiff joints making your day seem gloomy? Then what you need to do is make your plate as colorful as possible! There are plenty of vegetables that are scientifically-known to combat inflammation, thanks to the antioxidants and other nutrients they have. In other words, they are fantastic for your joints!

So instead of reaching for that bottle of anti-inflammatory drugs that are notorious for causing all sorts of side effects, hit the fresh produce section of your favorite supermarket and get your hands on some vegetables. The following are some of those that are proven effective in keeping your joints free of pain and swelling:

A member of the cruciferous vegetable family, Brussels sprouts are packed with antioxidants that fight off inflammation. They are also admired for their impressive ability to neutralize toxins that have accumulated in the body.

Because it’s just like Brussels sprouts as they are related, consuming cabbage on a regular basis can help in making your joints free of achiness and swelling. Cabbage is also rich in vitamin C which helps heal damaged joint tissues.

This popular dark leafy green vegetable is loaded with iron. Because of this, more much-needed oxygen is delivered to your joints as iron is responsible for the production of those oxygen-carrying red blood cells or RBCs.

According to scientists, the fact that onions are members of the allium family makes them rich in quercetin. A type of antioxidant, quercetin is one of the most impressive fighters of aging as well as inflammation.

Ensure that you add plenty of ginger in your diet. That’s because this herb is known to possess amazing anti-inflammatory properties. You may also replace your favorite java each time with a cup of freshly brewed ginger instead.

One of the most popular all-natural anti-inflammatories on the planet is turmeric. Other than consuming it internally, you may also attain relief from joint pain and swelling by employing it topically.

What makes red bell peppers very good for the joints is the fact that they contain beta-cryptoxanthin, a plant pigment that possesses superb anti-inflammatory properties. It’s also the one that give red bell peppers their lovely color.

There is also beta-cryptoxanthin present in every serving of carrot. According to scientists, the said antioxidant not only helps ease painful and swollen joints, but also lowers a person’s risk of having arthritis.

Make sure that you regularly eat sweet potatoes as they are powerful enough to control inflammation, including in your joints. They also give you the energy you need to give your joints the mild to moderate exercising they need.

Josephine Mills - December 27, 2016 0
A wildflower that's native to the woodlands of Nova Scotia and Eastern US, bloodroot got its name from the fact that its roots have...