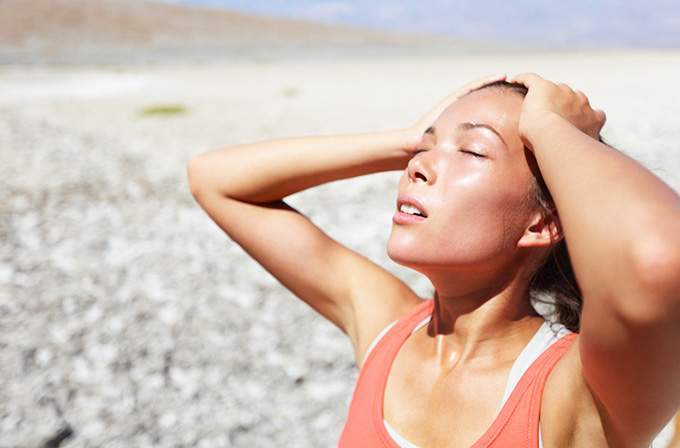 It won’t be long before summer is in our midst. Sure there are a lot of fun and exciting things that you can do under the brightly shining sun. But this wondrous season is also the time of the year when health problems abound.

Rather than playing beach volleyball or surfing, you may actually wind up spending days in your bed if you’re not very careful. Because you are waiting for summer for like an eternity now, you certainly wouldn’t want that to happen. Strengthening your immune system as early as now can make your upcoming summer a memorable one.

But having a stronger immune system is just half the battle. It’s also important for you to get acquainted with some of the usual summer fun saboteurs — their causes, modes of transmission, cures and others.

So without further ado, let’s take a look at some of the health problems that are very common during summertime:

Because of the scorching weather and tons of activities available, heat stroke is rampant during summer. This is something that should be taken seriously because it can actually cost you your life. Always bring a bottle of water with you for hydration, and stay in the shade as much as possible to keep heat stroke at bay.

If you think that the flu season is over because winter is away, think again. One of the most common health concerns that bug lots of people during summer is the flu. Such is transmitted by droplets that are released into the air when infected individuals sneeze, cough, talk and laugh. Before summer comes, get your flu vaccine.

Just like flu, cough is a staple summer health nightmare. You can get it in the same manner as the flu. So to save yourself from ending up with cough, limit your contact with people who have it. Frequent hand washing can be very beneficial. Having a strong immune system can also help make your summer marvelous rather than disastrous.

During summer, all sorts of treats pop up everywhere most especially in the streets. It’s for this reason why hepatitis A, which is a very contagious viral infection of the liver, is a commonplace. While those summer goodies all seem so enticing, be very careful which food and beverages you put in your mouth.

Another disease that you can obtain from the consumption of contaminated food and drinks is typhoid. Also sometimes referred to as typhoid fever, which is a severe bacterial infection of the intestines, it is usually accompanied by skin rashes, fever and weakness. Typhoid is more common in developing countries due to poor sanitation.

Did you have chicken pox when you were a child? If not, then it’s something that you may end up with this coming summer. To save yourself from having it, avoid having contact with someone who has it. The virus responsible for it may also invade your body if you happen to inhale droplets released by an infected person when coughing or sneezing.

While more common in children, it’s very much possible for adults to also get it especially if they never had it in the past. The same is true for those whose immune systems are weak. Fortunately, it’s easy to dodge measles — don’t be in the same room with someone who has it and of course get vaccinated.

Try to stay away from someone whose cheeks seem puffed because he or she is very much likely to have mumps, which is the viral infection of the parotid salivary glands. Oh, and it’s very common in the summertime. Medical experts say that males who get mumps may actually end up sterile.

7 Clear Signs That You Bought a Fake Essential Oil

Josephine Mills - March 9, 2017 0
Essential oils are extracted from the roots, leaves, flowers, seeds and rinds of aromatic plants with purported health benefits. There are so many of...