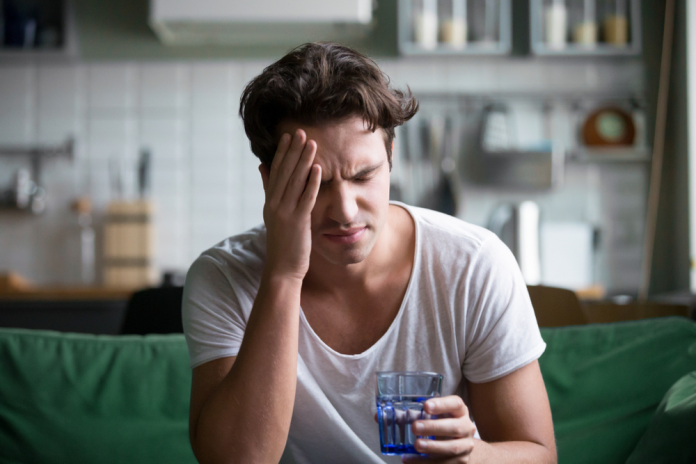 Got a terrible hangover? Getting it aggravated is definitely the last thing you want to do. Keep on reading to learn about some of the things that you should avoid each time you have a hangover to keep it from worsening.

Staying Out of Bed

One of the most important steps to take if you are suffering from a hangover is to provide your body with enough chance to bounce back from a night of excessive alcohol consumption.

Nothing can encourage your body to recuperate more effectively than getting sufficient amounts of sleep. If it’s a weekend, it is definitely a good idea for you to spend a few more hours in bed especially if you feel extremely sleepy. Squeezing in an hour or two of extra shut-eye is usually enough to make a hangover less intense.

Besides, it’s not really a good idea to drive a car or operate a machine if you have a severe hangover — such can endanger your life and that of everyone around you.

A nagging headache — perhaps no other symptom of a hangover is as terrible as this.

It’s for this reason exactly why many are quick to reach for a bottle of painkilling medications, non-steroidal anti-inflammatory drugs or NSAIDs in particular, each time they are experiencing a hangover to put an end to the ordeal ASAP.

The trouble with painkillers is that it’s a terrible idea to have them paired with alcohol — both NSAIDs and alcohol are notorious for causing damage to the liver. So in other words, making it a habit to pop a painkilling medication in your mouth to deal with a hangover-related headache should be avoided at all costs.

Anyone who is battling a horrible hangover should make it a habit to consume plenty of water. This is done in order to counter the dehydrating effects of drinking lots and lots of alcohol to the body.

Experts say that one of the main reasons for the presence of all kinds of nasty hangover symptoms is dehydration. It goes without saying that in order to alleviate the various symptoms you must restore proper hydration levels. The minute that you open your eyes the next day, get rehydrating started by having a tall glass of water.

Opting for 100 percent pure fruit juice is also a good idea — it is loaded with electrolytes that allow water molecules to penetrate your every cell without any trouble.

Having a cup of coffee is perfectly fine. Aside from waking you up, it’s also something that can help alleviate your headache — some headache medications actually have caffeine in them.

Consuming several cups of strong coffee, however, is strongly discouraged by the experts. That’s because caffeine actually has diuretic properties, which means that it can flush water out of your body. Needless to say, having lots of coffee can leave you dehydrated further, which is something that can aggravate the symptoms of a hangover.

Especially if you’re someone who is very sensitive to caffeine, it’s a great idea for you to opt for black or green tea instead as it contains about half the amount of caffeine in coffee.

Getting plenty of sleep is certainly an excellent remedy for a nasty hangover. After enjoying sufficient amounts of Z’s, it is a wonderful idea for you to step foot inside the shower to get what’s left of your day started.

Hitting the shower allows you to feel clean and refreshed, plus it also enables your senses to awaken — you could benefit a lot from a nice shower especially after spending hours in bed trying to nurse your hangover. A lot of people swear by the effectiveness of alternating hot and cold water in the shower in invigorating them.

Experts say that you should refrain from shocking your senses by opting for freezing cold or scalding hot water as the shock you could get from it can make matters worse.

Healthy Alternatives to Binging and Purging

Anastasia Simmons - July 29, 2019 0
First things first: the best way to put an end to binges and purges is to establish a regular eating pattern, which consists...