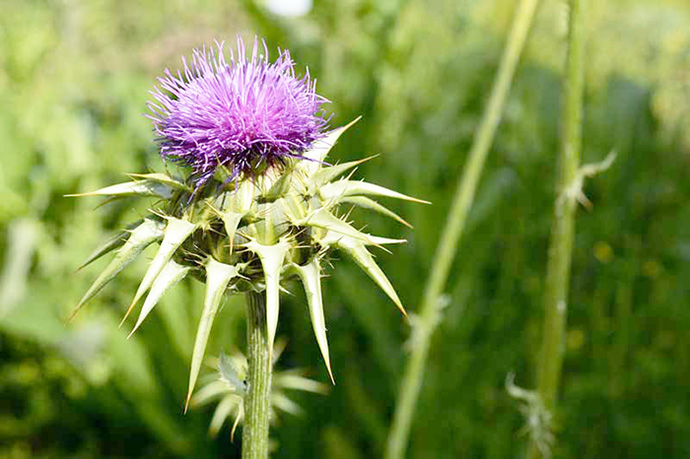 Milk thistle is a type of herb that is commonly used in treating various health conditions naturally. You’re probably wondering whether there is any truth about the numerous benefits of this herb. Well, silymarin is the active ingredient in milk thistle which is often used in treating liver issues while others claim that this ingredient can help reduce their cholesterol levels as well as assisting them in regulating their type 2 diabetes. With all these possible health benefits, it is not surprising why many are looking into the numerous advantages that they can get with using this herb.

So what exactly are the benefits associated with milk thistle? Here are a few that are worth taking note of.

One of the benefits of milk thistle is that it is actually useful in enhancing your skin’s overall health. Studies show that milk thistle contains antioxidants as well as anti-aging properties that can actually prevent any skin conditions that you may have. Although studies are still needed to be made to determine the efficacy of milk thistle in keeping one’s skin in good condition, the findings already look promising.

Like it was mentioned before, the active ingredient of milk thistle has always been used in treating liver problems as well as preventing damage to this organ. This may be because of the amount of antioxidants that are present in this active ingredient which can actually fight off any inflammation that is happening in the body as well as in the liver.

Milk thistle’s ability to minimize the inflammation in the body may also be useful in combating allergic asthma. One study shows that silibinin, another component found in milk thistle, is useful in minimizing swelling or inflammation in the airways. Silibinin is actually a type of flavonoid that reduces the presence of harmful compounds in the fluids that are present in the lungs.

Natural Ways to Get Rid of Stubborn Back Fat