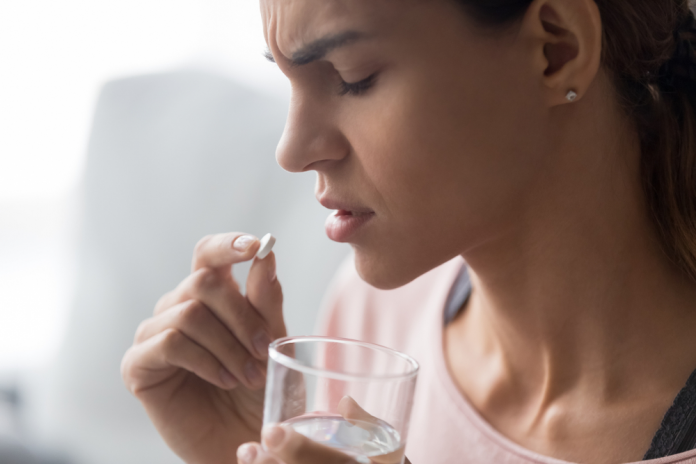 Influenza, or more commonly referred to as “the flu”, is caused by all kinds of related viruses (influenza viruses) that are out to wreak havoc on your respiratory system.

Telling that you are down with the flu is rather easy due to the presence of some symptoms including but not limited to:

Did you know that there are many instances, too, in which it may seem like you have the flu but you don’t really have it? Some of those that can cause flu-like symptoms include the common cold, pneumonia, bronchitis, and even menopause and anxiety disorder.

In women of reproductive age, one very common cause of a seeming battle against the flu is their monthly period. It is what’s referred to as the “period flu”, and it’s going to be the topic of this article. So don’t stop reading now most especially if it seems like you’re down with the flu during that time of the month!

Yes, the period flu is being experienced by a lot of women during their period, although in some instances it shows up only a few days before those red days come into being.

No, the period flu is not a legitimate medical term or condition – it’s just a reference to the unfavorable symptoms that reproductive age-women encounter or complain about whenever they are having their period.

Are you experiencing the period flu on a monthly basis? Fret not because you are not alone. Unfortunately, there is no known treatment for it. Again, it’s not a respiratory infection caused by invading microorganisms so there is really nothing to cure, except for some of the symptoms it brings. What’s more, it is something that is poorly understood in the medical community and also not always acknowledged by health professionals.

Earlier, it was mentioned that experts do not really know much about the period flu. They do strongly believe, however, that it can be blamed on fluctuations in the levels of hormones in a woman’s body during her monthly period.

Throughout the life of a woman like you, there are many instances in which wild hormonal imbalances take place, and during that time of the month is one very common and recurring example.

During your period, your hormones are out of whack – it’s because of this why health authorities greatly suspect it to be the culprit behind the period flu that a lot of women complain about every month.

The period flu is called as such because of a couple of things:

Needless to say, many of the symptoms that you may experience when having a bout of the period flu are the same as those that you are very much likely to encounter when dealing with the real thing. Aside from the usual ones (those that were mentioned early on in this article), some women with the period flu may also complain about:

Is It Early Pregnancy?

Because the period flu may sometimes show up only a few days before women get their period, at times they can’t help but wonder if they are pregnant and thus they run to the nearest drugstores to get their hands on home pregnancy test kits.

It’s true that some very early pregnancy symptoms are similar to those that are associated with the flu. However, there is no apparent link between the period flu and pregnancy, unless of course a woman’s period is delayed, experts say.

Since the period flu is not a medical condition brought about by microbes, there is no available treatment for it.

The good news is that attaining much-needed relief from the many flu-like symptoms it brings is very much possible by means of some lifestyle and dietary changes such as:

Taking OTC medications for various specific symptoms may be done as well. For instance, you may pop a painkiller in your mouth in order to deal with a headache or those muscle aches. The use of a heating pad is an excellent home remedy for abdominal cramps.

The period flu can bug you before or during your period and, sadly, there is nothing that you can do to keep it from striking – a flu shot won’t keep it at bay. Doing a few lifestyle and dietary changes while it’s around can help to minimize the many unfavorable symptoms that it tends to come with.

Make sure that you share this article on your various social media sites before you go to let your female contacts also learn about the period flu!

Amazing Ways to Use Mini Bands

Josephine Mills - July 15, 2017 0
Adding resistance to your workouts is one of the best ways to tone and sculpt your muscles. Yes, lifting weights will create resistance but...