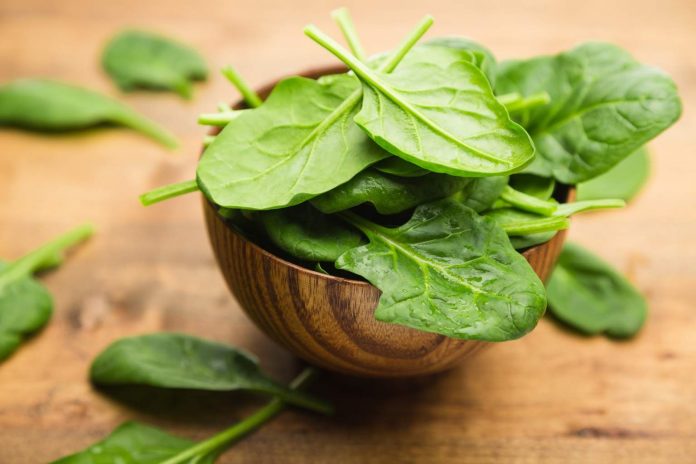 One of the most important aspects of leading a healthy lifestyle is that it not only creates a positive impact on one or two aspects of your health, but also improves your sense of wellness too. For instance, eating vegetables is an important element to healthy living.

Vegetables inarguably contain a wide array of nutrients, including antioxidants and disease-fighting compounds that we cannot find in other food items.

Plant chemicals also known as phytochemicals are proven to reduce the occurrence of inflammatory processes as well as eliminate cancer-causing compounds. There are also phytochemicals that regular the rate at which cells reproduce thus getting rid of old, dead cells and maintain DNA integrity.

Vegetables are also known to be an excellent source of naturally-occurring nitrates that boast multiple health benefits including improved vision among many others.

Glaucoma is documented as one of the leading causes of blindness among people over the age of 60. It is estimated that up to 3 million Americans suffer from glaucoma, with only 50% fully aware of their condition. In the early stages of glaucoma, there are no obvious signs and symptoms, but as it slowly progresses, vision problems including vision loss becomes more noticeable among its victims.

During the late stages of glaucoma, salvaging vision may be next to impossible. If detected during its early stages, glaucoma can be slowed down or even prevented altogether. Studies reveal that even with treatment, only 10% of individuals diagnosed with glaucoma will still lose their vision. Prevention is therefore the best and only strategy to eliminate the risk of blindness altogether.

Green leafy vegetables are the best source of nitrates- compounds which are then converted into nitric oxide in the body. Nitric oxide facilitates the relaxation and dilatation of blood vessels resulting in improved blood flow and reduced blood pressure levels.

Evidence also suggests that nitric oxide signaling contributes to lowered eye pressure. The inclusion of more nitrate-rich vegetables to the daily diet is an excellent way to lower one’s risk of developing glaucoma.

When scientists analyzed data from more than 100,000 US adults, individuals who consumed the highest levels of nitrate from green leafy veggies like spinach and kale showed 21% reduced risk of developing open-angle glaucoma; a condition known to be the most common form of the disease, when compared alongside those who ate less green leafy veggies.

How Much Nitrate Should You Consume to Protect Yourself from Glaucoma?

Leafy greens are identified to be the richest source of quality nitrates. Those who consumed more leafy green veggies were 48% less likely to develop paracentral glaucoma; a condition that is specifically related to blood flow.

So how much nitrate appeared to deliver protective benefits against developing glaucoma?

Those who had high-end consumption at about 1.5 services of green leafy per day successfully absorbed up to 240 mg of nitrate.

On the other hand, those on the low-end spectrum only consumed one-third serving of green leafy veggies daily translating to about 80 mg of nitrate. In all, collar greens and kale appeared to be the richest sources of beneficial nitrate. According to research, the only vegetable items consistently inversely not associated with primary open-angle glaucoma are collard greens and kale. For instance, one serving of any of these two veggies daily resulted in up to 70% of reduced chances of developing primary open-angle glaucoma.

Other sources of nitrates are as follows:

What Other Food Items Should You Eat To Improve Vision Health?

Veggies are extremely crucial for vision health, but they do not supply everything that the eyes need for optimum vision. To guarantee protection of the eyes from disease and maintenance of optimum vision as you age, be sure to include the following foods into your daily meal plan:

Egg yolk is an excellent source of the nutrients lutein and zeaxanthin along with health fatty acids and proteins. Although egg yolks are low in carotenoids when compared alongside vegetables, they are in highly absorbable form. Based on research, the inclusion of eggs to salads and snacks can actually increase carotenoid absorption from the whole meal up to 9 times. Keep in mind that once egg yolks are heated, the lutein and zeaxanthin are destroyed in the process, meaning it will not perform well in improving and protecting vision. With this in mind, it is best to cook eggs as little as possible. Prepare poached eggs, soft boiled, and may be eaten raw.

Wild-caught Alaskan salmon is rich in Omega-3 fatty acids that are beneficial to the eye’s retina. It guarantees structural support for cell membranes that led to boost in eye health and protection for retinal function. Research reveals that eating food items rich in these fats can even slow down mascular degeneration.

Wild-caught Alaskan salmon is an excellent source of astaxanthin, but may not be insufficient to reap optimal clinical results. Astaxanthin is produced mainly by a certain microalgae when its water supply is exhausted, forcing it to protect itself from UV rays. This antioxidant is said to be the most powerful antioxidant and is key in preventing blindness. It is also proven to a more potent antioxidant than lutein and zeaxanthin. It also delivers good health benefits among those suffering from eye-related issues such as cataracts, retinal arterial occlusion, venous occlusion, and diabetic retinopathy among many others.

Black currants boast high levels of anthocyanins that occur in nature. A single service approximately contains up to 270 mg per 100 mg. Black currants are also rich in essential fatty acids that further improve their anti-inflammatory properties. For medicinal purposes, it is best to consume black currant seed oil in capsule. You may also consume black currents when in season.

Natural Remedies for Your Child’s Cough

Josephine Mills - March 1, 2019 0
The American Academy of Pediatrics do not recommend giving your child over-the-counter medicine to combat their cough as their body can easily build tolerance...