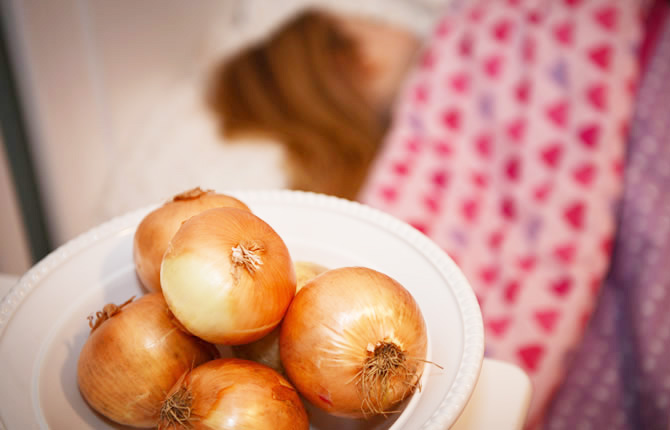 Your grandmother has probably given you different home remedies to help you feel better especially when you are under the weather. You might scoff at the idea that the remedies you were given were useful but it seems that there is something beneficial to these herbal and natural treatments that were given to you back then. One particular treatment that really works when it comes to combating the flu is onion.

Yes, onions are common in many culinary dishes, but there are more to onions than just making your dishes more savory. It can also be used in many home remedies to treat a variety of illnesses just like the flu. So how does onion help fight off the flu?

Acts as a natural antihistamine

Onion has quercetin which is one of the strongest antioxidants available today. There are studies that are actually pointing to quercetin being effective in preventing the release of histamines in the body. Onions act as anti-allergens which means that you won’t have to take medication all the time. If you are someone who often ends up with the flu or colds, adding onion to your diet will be good for you. What’s even better is that the amount of quercetin in onions isn’t diminished when you cook them in low heat so you are still getting its benefits when you add it to soups and stews.

Another way that onions can help fight off flu is that it works as an antibacterial agent because of the oragnosulfur compounds that are present in it. These compounds are often anti-allergic, anti-inflammatory, and anti-microbial in nature which means that they can easily fight off any bacteria that is causing colds and cough to appear. Who would have thought that onions can be useful in fighting off the flu?

The best way for you to fight off the flu is to have a strong immune system which you cannot get when you are not putting much effort into your diet. If you are not sure where to begin, start by adding onions to your diet because they are high in vitamins and minerals such as vitamin C, polyphenol, and even flavonoids for that matter. Since onions have plenty of polyphenols in it, which work as prebiotics, your gut flora is actually being helped out by the onion so there is less danger that you will succumb to various illnesses including the flu.

You might be surprised to find that onions can also help loosen the amount of mucus present in your nasal and air passages so your sinuses won’t feel congested. This can be a huge relief since you will be able to breathe better.

So you see? Our grandmothers were right when it comes to treating your flu with onions. This is an expensive way for you to fight off the colds and cough that seem to linger inside of you.

Josephine Mills - July 21, 2017 0
Autism, also called Autism Spectrum Disorder (ASD), is one of the common disorders in children and in some adults. It is a mental condition...