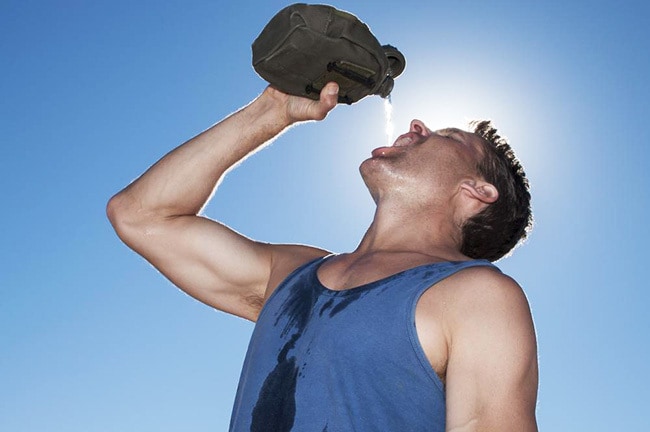 Heat stroke, also called sun stroke, refers to a severe heat illness. It is different from fever, since the latter involves a physiological rise in the body’s temperature set point.

Heatstroke has two primary causes, as per Mayo Clinic. According to the publication, the condition may result from exposure to a hot environment, especially for two to three days. The other cause is a rise In body temperature due to a strenuous activity in hot weather. It is added that drinking alcohol, wearing excess clothing, and becoming dehydrated are other causes.

Heatstroke has made its own figures worldwide. As per EMedicine, the condition is uncommon in subtropical territories and it is highly experienced in places that rarely encounter heat waves, such s Japan. As per the publication, heatstroke is also experienced by people who go to Mecca for pilgrimage. It is noted that one of the most detrimental heat waves to hit India in five decades was in 1998, which led to more than 2,600 mortality cases in more than two months. In terms of gender and race, the condition affects both genders and all races equally, with similar risk factors and environmental conditions.

Heatstroke presents a number of symptoms, along with a core body temperature of more than 104 degrees Fahrenheit, which is its hallmark symptom. According to Web MD, the other symptoms are throbbing headache, dizziness, light-headedness, lack of sweating, dry skin, muscle weakness, muscle cramps, nausea, vomiting, rapid heartbeat, rapid and shallow breathing, disorientation, confusion, staggering, seizures, and unconsciousness.

The following are the homes remedies for heat stroke.

Increasing the person’s intake is one of the management for heat stroke. According to Centers for Disease Control and Prevention, as cited by Wilx, most heat-related problems are due to dehydration. It is added that if a person experiences signs of heat exhaustion and they are not relieved by sitting in a cool place after 15 minutes, it is best to contact 911.

In the absence of natural drinking water, watermelon can be a substitute remedy for heatstroke. As per Tachi Yomi, 90 percent of watermelon is water. Also, the fruit contains glucose and minerals like calcium, which strengthens the bones and the teeth; magnesium, which promotes neuromuscular health; and potassium, which regulates body fluid levels. The latter also promotes muscle strength and relaxes the muscles of the blood vessels. This way, it can prevent hypertension and other heart diseases.

Milk also helps prevent heat stroke. According to Tachi Yomi, drinking a cup of milk after exercise hydrates the body, which helps in thermoregulation. This way, it prevents heat stroke from occurring.

Tamarind drink is one of the remedies for heat stroke. According to Juicing for Health, it is high in vitamins and minerals, which aid maintain healthy electrolyte levels. As per the publication, the amount of electrolytes should be within range, since they are also adversely affected by the heat. To prepare, according to the publication, the tamarind is strained from the tamarind water. Next, honey is added to taste.

Another remedy for heat stroke are plums. According to Food NDTV, plums are rich in antioxidants, which help hydrate the body. Also, they have anti-inflammatory properties that aid relieve inflammation and put the body to calm mode. To prepare, as per the publication, plums are soaked in water until they become soft. Then, they are mashed and strained, before being consumed as remedy for the condition.

Heat stroke is not as severe as cancer; however, it requires immediate treatment. Thus, measures should be done to manage and prevent the condition.

Josephine Mills - February 3, 2017 0
Many people believe that being fit means having a lean, toned, or ripped body figure. While this may not be always true, many people...