A lot of people sip on chamomile tea at night. However, not even the most loyal of tea enthusiasts can at times resist warm golden milk. Truth be told, while many people prefer to drink it before going to bed, there are some who drink it when they wake up, as a replacement for coffee.

Turmeric is wildly popular as part of meals that have curry sauces, but it is now slowly and surely becoming famous for its powerful medicinal purposes. Outside of Western civilization, turmeric has already been utilized for medicinal purposes for hundreds of years.

But now, golden milk looks to change all that. With every cup, one takes in a healthy dose of the “spice of life”.

Did you know that turmeric offers over one hundred fifty potential therapeutic benefits?

Turmeric has a lot of benefits to offer. That’s the reason it’s called the “spice of life”.

Traditional Chinese and Ayurvedic medicine use turmeric to treat several physical problems such as respiratory and digestive problems, skin problems, liver disease, muscle problems, wounds, and joint pain. A lot of documents have been written about turmeric and the health advantages it offers. Curcumin, for example, is among the most well-researched ingredients of turmeric. Studies revealed that cucumin makes a person healthier and offers protection against a lot of diseases.

Among the over one hundred fifty potential therapeutic benefits, being great against inflammation and cancer are just some of the ones that have undergone intense research.

According to research, curcumin is very effective for a number of reasons. It has the ability of modulating around seven hundred of your genes, and over one hundred sixty various physiological pathways. It can also promote order among cell membranes. It can also have an effect on signaling molecules.

Turmeric is excellent against inflammation and it can also lower levels of sugar in the blood.

There are very few anti-inflammatory agents in the world as strong as curcumin. This is a great reason to start drinking golden milk, especially if you’re suffering for inflammation.

A lot of chronic illnesses are caused by inflammation. You may reap the benefits of golden milk especially if you habitually consume food that cause inflammation like processed food, grains and sugar.

Curcumin is known for inhibiting activities and synthesis of enzymes associated with inflammation.

A research conducted in 2006 discovered that a certain kind of turmeric extract had the ability to block inflammation pathways, and prevent the launching of proteins meant to cause swelling and pain.

Another study on people with metabolic syndrome showed that participants who consumed a gram of curcumin (powdered) every day for roughly two months had lower levels of blood markers of inflammation compared to those who were given a placebo. In fact, those in the placebo group had higher levels of blood sugar and higher inflammation after the two months. Researchers also saw the same results in eight previous studies. The conclusion of the study was that curcumin provides significant improvement on oxidation and inflammation for those with metabolic syndrome, and itcan be natural, safe and effective.

Here are the things you may gain from golden milk.

Curcumin as mentioned earlier can modulate genes. It can destroy cancer cells and promote healthier cell function. It can also inhibit the production of additional blood that cancer cells need to grow.

According to a research conducted in 2011, curcumin is great against several diseases such as lung and liver, neurological, metabolic, cardiovascular and inflammatory diseases. It is also very effective against autoimmune disorders.

Now let’s take a look at the other amazing ingredients of golden milk –coconut milk, and coconut oil.

You can try a lot of different kinds of golden milk, but you’ll discover that most have coconut milk, while some have coconut oil as well. When you mix turmeric with coconut milk, you get a both a creamy base and more health benefits.

Coconut milk comes from expressed juice from water and grated coconut meat. Approximately half of the fat found in coconut oil is the very rare lauric acid. When lauric acid is converted in our bodies, it helps fight lipid-covered viruses like HIV, influenza, measles and herpes. It also destroys certain protozoa.

Lauric acid is a medium-chain fatty acid or MCFA. It’s easy to digest and it can cross cell membranes. The liver converts MCFAs into energy right away, and keep them from being stored as fat. Research has shown MCFAs as useful when people want to lose weight. A particular research revealed that MCFA-fed rats had a decrease in body fat, and an improvement with glucose tolerance and insulin sensitivity.

Another research conducted discovered that overweight males who consumed food with a lot of MCFAs lost more fat. This was attributed to the MCFA.

Coconut milk is anti-oxidant, and loaded with nutrients. It contains vitamins C, E and B,as well as potassium, phosphorus, iron and magnesium.

Coconut oil also has benefits similar to that of coconut milk.

It’s also useful to note that turmeric is soluble in fat, so using coconut milk and coconut oil can aid in increasing the benefits of turmeric.

Here are the steps in making golden paste and golden milk.

First things first – golden paste is known to act as a starter when blending a cup of golden milk. It has black pepper in addition to turmeric and coconut oil. Black pepper increases curcumin’s bio availability by a staggering two thousand percent.

To make golden paste, you need half a cup of turmeric powder, organic of course, a cup of water, a teaspoon-and-a-half of black pepper, and five tablespoons of coconut oil (virgin).

Mix the turmeric and black pepper with the water in a steel pot. Stir and cook for seven to ten minutes, until it becomes a paste. Turn off the heat before adding the coconut oil. Make sure the oil is mixed in well. Put the paste in a container such as a glass jar, with a cover. You can put this in your fridge for fourteen days.

Now, let’s move onto golden milk. You’ll need a teaspoon of golden paste and two cups of coconut milk. If desired, you can add an eighth of teaspoon of vanilla, honey (raw) or stevia, or a pinch of cinnamon.

Slowly heat the teaspoon of golden paste in two cups of milk, but be careful not to boil it. Make sure you mix it well. You can add the other ingredients if you want.

Here is another recipe wherein you can use ginger and turmeric sticks.

This particular recipe is useful if you don’t have golden paste.

You’ll need an inch-long turmeric stick, white peppercorns, a cup each of water and coconut milk, and an inch of ginger. You can add raw honey or stevia for taste if desired, and half a teaspoon of ghee if you have cough or sore throat.

First you’ll need to grind the turmeric stick with mortar and pestle. Next, grind the peppercorns. Mix the water and coconut milk before adding the turmeric, peppercorns and ginger. Boil this mixture before allowing it to simmer for twenty minutes. By then, the amount of milk will be a single cup.

Filter the mixture, and if you desire, add a spoon of honey. It is best consumed warm.

If you have a cough or a sore throat, the ghee will help a lot.

If this is the first time you’ll be drinking golden milk, you’ll probably find it pleasantly surprising. It’s a popular beverage during autumn and winter, as well as cold and flu seasons. It can also be enjoyed during summertime.

A final note: wear an apron when preparing this since the spice, when boiled could stain clothes and counters. Be careful with spillage. It could turn your kitchen yellow. 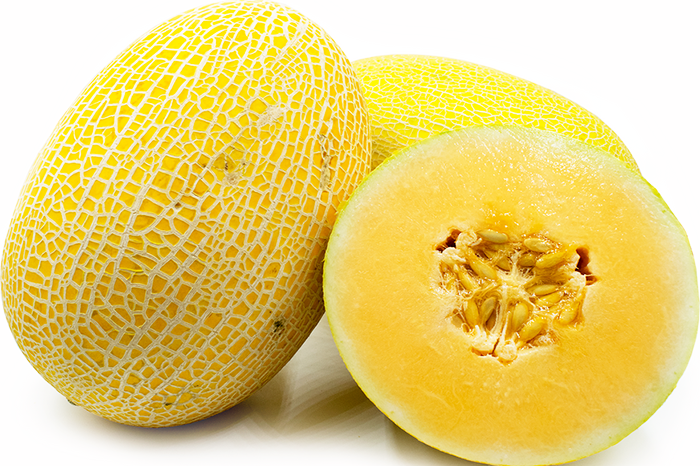 The Perks Offered by Persian Melons

Persian melons are native to Iran, which was called Persia back in the days. It is believed that…
byJosephine Mills 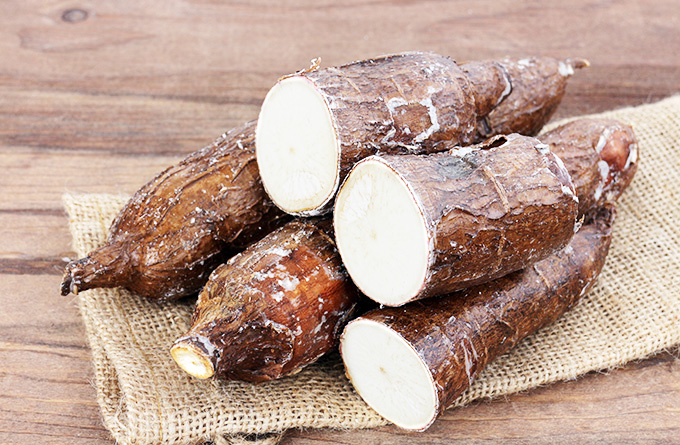 Cassava is one of the energy-boosting foods that are served today. With the scientific name Manihot esculenta, cassava…
byJosephine Mills 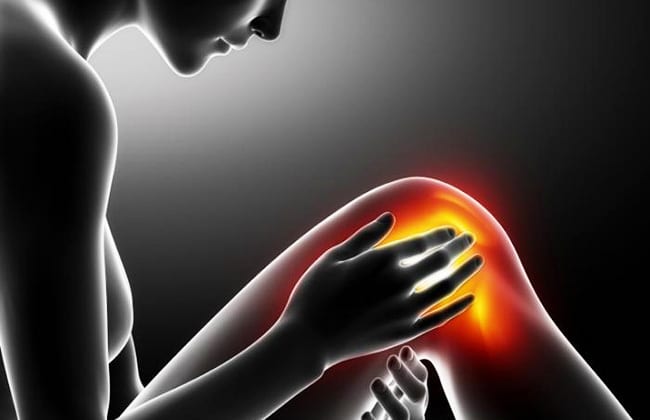 Knee pain is a common medical condition experience by adults, especially the elderly. Since the condition presents pain,…
byJosephine Mills 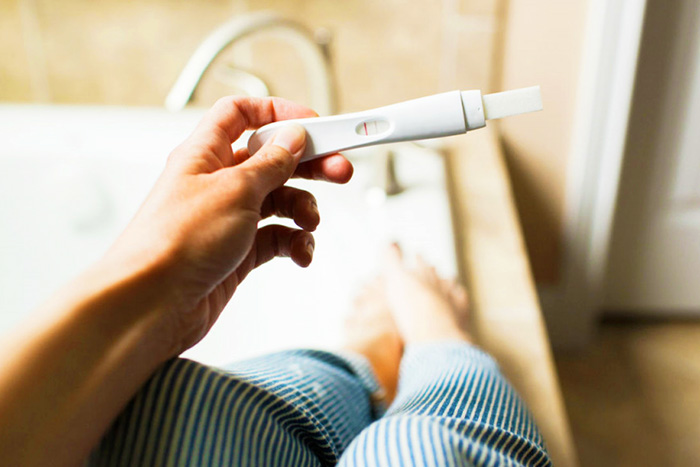 Learn More About Your Ovulation Period