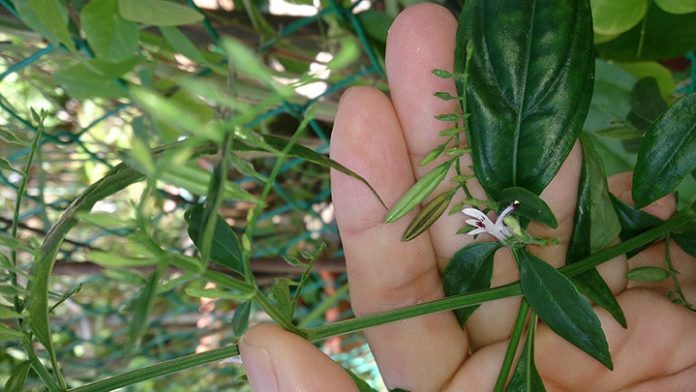 King of bitters got its name from the fact that it tastes so bitter. But that’s a good sign — a lot of bitter-tasting herbs are good for diabetes. This is exactly the reason why one of the most popular uses of king of bitters is for dealing with diabetes. Since it is capable of lowering the levels of sugar in the blood, it is beneficial for diabetics.

Also known as serpentina and andrographis, king of bitters is also very good against many other health problems. It’s no wonder why it is being utilized by many Chinese and Ayurvedic healers from the ancient times to nowadays for so many things, from managing digestive problems to preventing cancer.

You can get your hands on king of bitters in capsule form. Although it is also available in tea form, you will definitely have to put up with the herb’s incredibly bitter taste. Other than purchasing king of bitters from a health food store, you may also grow it in your garden — it’s fairly easy to propagate — and have the leaves dried for healing purposes.

Aside from the ones already mentioned above, let’s take a look at some of the other amazing medicinal properties of king of bitters, making it worthy of royal treatment:

Thanks to the analgesic and anti-inflammatory properties of king of herbs, it is beneficial for those who are bugged by swollen and achy joints due to sports, exercising or repeated use of body parts. However, people with arthritis and rheumatism should avoid king of bitters. (See note below.)

One of the most noteworthy properties of king of bitters is its ability to thin the blood and prevent blood clots. It’s for such reason why it is commonly employed for lowering heart attack as well as stroke. But if you are already prescribed with blood-thinning medications, refrain from taking king of bitters. (See note below.)

It is Capable of Killing Microbes and Parasites

King of bitters is commonly used for dealing with diarrhea and other problems that is related to bacterial infections. It’s also very good at killing off certain parasites, and that’s why it is used by traditional healers for malaria. Back in 1919 during the flu epidemic worldwide, king of bitters was a role player in putting the outbreak to an end.

It Helps the Body React to Stress Better

King of bitters is a well-known adaptogen in the world of traditional and herbal medicine. This means that it enables the body to react to stress in a much better way. We all know that chronic stress is something that can bring about an assortment of health issues, and that’s why it has to be dealt with properly.

There are numerous studies being conducted on the efficiency of certain compounds found in king of bitters in fighting off HIV and AIDS. That’s because king of bitters has been long used in strengthening the immune system. Traditional healers employ the herb in making the body highly capable of fighting off microbes that invade it.

Before we end this article, it’s important to note a few very important matters regarding king of bitters:

Reasons for You to Consume Parsley Root

Josephine Mills - January 10, 2018 0
We all know that parsley is a common medicinal herb as well as food garnishing and flavoring. Did you know that beneath the aerial...