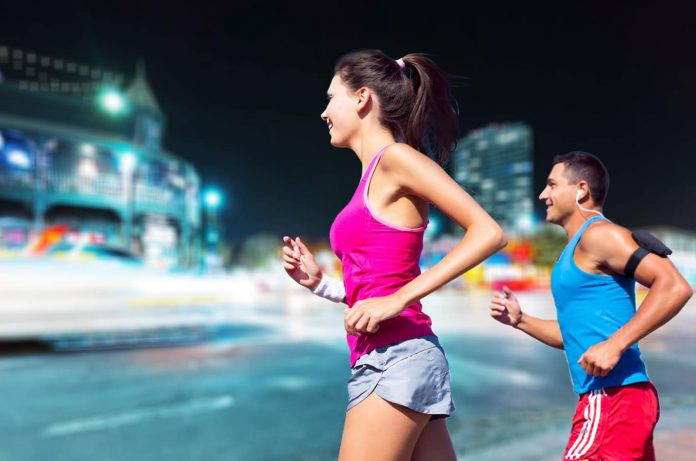 What’s your most important advice to beginner runners?  Run a lot? Stay fit? Have fun?

I’m interviewed often by fitness sites on running and one of the most-asked questions is: what’s my most important advice for beginner runners who are trying to improve their running?

I always answer Consistent Running. That’s the most significant piece of advice I can give, which I observed has quite an impact on running.

The more simple the answer, the more effective.

That’s the bottom line: being consistent is the X factor that lifts normal runners into superhero status.

I got into running in 1998. My coach shared with me a secret I’ll always remember:

Be great at running by making it part of your life. Don’t see it as just a sport.

My coach in college gave me similar advice:

To be a great cross-country runner, work at the indoor and outdoor tracks.  You’ll have to run all year.

These coaches, and others I was lucky to train under, shared with me how important it is to do things consistently at the beginning.

This is what I want to share to you. In fact, doing things consistently is quite important even for non-beginners.

Doing things consistently may increase your performance, perhaps, even double it in a year. It can even turn your maximum mileage into recovery mileage in a year.

With that kind of increase of your performance and mileage, improvement is inevitable.

But doing this consistently is by no meager means easy. With everything that we do in our daily lives, and everything that’s expected of us, training for even just five hours a week seems impossible.

I see this in my life. My hands are full with my daughters. I keep asking myself what I did before they came along.

There are 4 ways that aided me in making running consistently more manageable. They might be good for you too.

Being disciplined is more important than being strong-willed

I had to run daily when I was in the thick of my career. It was part of my everyday routine, like having breakfast or lunch or dinner, or watching the news at night, or taking a shower.

As part of a team, I had to be accountable to the other members as well as the coach, to win. That was a very big thing for me.

The responsibility and being accountable is a significant factor a coach can provide so you can improve your performance.

It helps in disciplining the individual. And it is better than being strong-willed which I find to be limited.

The gym was full on the second day of the year this year, but then no one was in it in February.

The reason for that is that many people depend on their willpower to take on a new endeavor. It’s very much like an artificial power source. It is limited. And once it’s used up, recharging is needed.

In the New York Times, the power of the will is likened to a muscle, which gets tired when used too much too often. Timothy Pychil, a psychology professor at Carleton University mentioned that research revealed how people would rather sit and turn on their TV sets than work out after a stressful day.

This was exactly why I went running before work. I didn’t want to put off running because I had a hard or bad day.

Strength of will cannot build or cultivate one’s running consistently. I had to go to training each day back in high school or I would no longer be part of the team.

This situation instilled discipline in me. And because of that, I was a successful runner.

The New York Times piece referred to being part of a team an “external control”.

Instead of depending on your strength of will, try having external controls which for all intents and purposes, make you run. Here are a few examples:

However, a few small changes to your outlook on running and you’ll do better in no time.

Turn Running Into a Fundamental Belief

Recently, I had a conversation with the wife about what kind of values we wanted to pass to our kids. We still need to finalize the list, but here are some of them. We want our kids —

We think that “to live actively” is important for us. It doesn’t matter if my children do not run as much as I do, but I just hope they take to sports while they’re young and continue on as they grow older.

When being fit becomes a fundamental belief, or a behavioral standard, there’s no defying or denying or moving away from it, because it is part of your very being. And if that’s the case, when you skip training, you insult who you are.

All your important choices revolve around these fundamental beliefs. They are the definition of all that’s important to you. When you choose an option, the subconscious asks which one is the one the most fits your beliefs.

Under my roof, living actively, and being close to nature is very important. It’s evident in our family activities, when we have meals out in nature, walk across the Front Range in Colorado, or even buy stuff our little girl.

The activities people take seriously are those most significant to them. And as you may have guessed by now, for me, to run is a huge part of who I am. It’s one of my fundamental beliefs.

And because of this, when I run under the scorching sun, or when I just don’t feel like running, running is easier.

If you plan out your year as a collection of three to five “seasons”, planning what you’ll be doing is more simple and easy.

There’s something for you to do every month. Resting and recovering included.

Take for example your schedule back at the university:

You can get the free Season Planner Worksheet available on the Internet.

Here’s another way. Let’s say we have a friend named Sarah who plans to join a competition next March, and now it’s summer. She joined a competition this spring and is now unsure of what she’ll be doing during the autumn.

What should she do in the nine months to come?

·         For autumn: Competition-level training for five to ten kilometers

It’s a lot less difficult to go along with your training if the schedule is organized. You will also have a different mindset, always thinking how you cannot afford to skip sessions because it will ruin the rest of the schedule.

This stresses more on you accomplishing your training sessions. It’s recommended to people whose goal is to run faster.

Emphasis on the Process, Not the Outcome

A lot of people who run have a desire for the result, but have a very difficult time training.

I helped someone who was in training for a fifty kilometer ultra-marathon. There were roughly three months left before the competition, and she could only run six miles after the first two weeks. SIX MILES.

And now, with only around two-and-a-half months left to get her to at least twenty miles, it seems like an uphill battle. There are no more weeks left for consecutive long run training and beyond-the-distance long run training, which are two very important training routines in an effective ultra regimen.

There’s also no time for practice competition, no time for analyzing bad timing when you need to shorten the distance of the run.

Rather than making sure she was prepared for training, which is the process, she opted to go for completing a fifty kilometer race.

And let’s not forget the fact that, ultra-runs are ultra-difficult!

However, changing the way you see training and running will allow the outcome to present itself naturally. Each and every result is a by-product of the training that you do.

When we set our sights on the training process, it means we need to be flawless. We need to be perfect.

Coach Gaines believes that to be perfect is like when you look a friend in the eye, knowing you never let them down because you were honest and truthful with them. And everything you said was true. That you gave it your all and there was nothing left that you could do.

Those are the moments worth living for, those moments where you attain perfection.

The question is, could you possibly go through all that training to be stronger, complete all those exercises, all those workouts and everything that comes along with them?

Emphasize process in your training and the tendency is your desired results will come naturally. That’s why running is so thrilling.

How can you consolidate all these concepts that aid you in running with consistency?

Try out the Consistency Combination to bind it all together so you can run consistently.

Firstly, turn running into a fundamental belief. Fall in love with it. When you have a list of priorities, put running near the top. After this, spend money on it, the way you spend money of things that you love. It’s common knowledge that once you shell out money for anything, it becomes more valuable.

Let’s check out some ways to spend money to aid you in consistent running:

All these methods will make you regret skipping training, a lot. When you skip a training session, you’ll sooner or later be computing how much money you lost.

We realize that consistent running is a key ingredient to train successfully, and at the same time, a very hard thing to perfect.

If you however, consolidate everything you’ve learned here, it will benefit you in the long run. Think of what you can be next year if you start now.

One last thing, Strength Running has a book to help those new to running with consistent running. It is available on Kindle.

It answers a lot of your questions in and around the sport and the lifestyle, as well as the training. It is a guide which can aid a new runner in upping their level.

Strength Running has published several titles for those who want to get into running. But now, you can find all the best practices in one file.

Josephine Mills - January 3, 2018 0
Have you ever experienced a sudden burst of pain when drinking something cold? Or when eating some hard food? It might be that you...