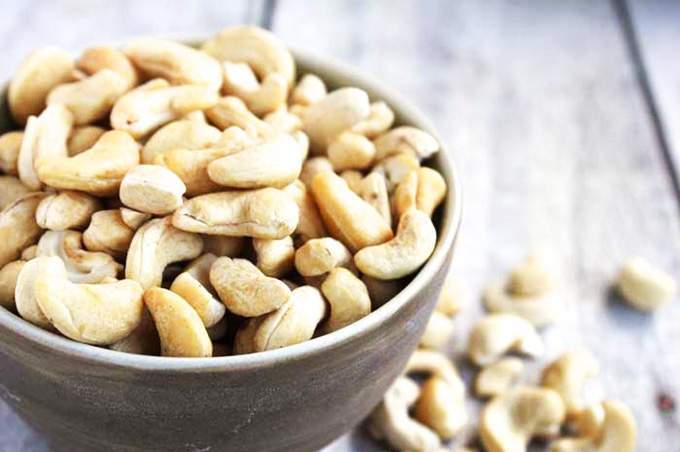 Cashew is one of the healthy foods people have today. A kidney or box-shaped drupe growing at the end of the cashew apple, It is usually added to various recipes for breakfast, lunch, snacks, or dinner. The following are the health benefits of cashew, along with a sample recipe.

Cashew contains carbohydrates. One of the three macronutrients, with protein and fats as the other two, carbohydrates is responsible for providing fuel or energy to the body to carry out its basic functions like thinking, moving, and some activities of daily living, which include eating, bathing, and washing clothes, among others. Without carbohydrates, the body will feel powerless and tired. Hence, eating a cup of cashews helps provide a person’s daily energy needs, especially in the morning, where energy is needed the most to carry out vital functions and activities.

Another health benefit of eating cashew is the prevention of gallstones. According to World’s Healthiest Foods, two years of evidence-based data collected on 80,000 women from the Nurses’ health study revealed that women who ate at least an ounce of peanuts, nuts, or peanut butter every week had a 25 percent lower risk of developing gallstones, not to mention that a female gender is a contributing factor to the development of the stones. As per the publication, preventing gallbladder disease may be as easy as packing cashew butter and jelly sandwich, since an ounce of nuts is equivalent to about two tablespoons of nut butter. With this benefit, the publication suggests to consume a handful of cashews or tossing some on oatmeal or salad.

Another vital benefit of eating cashew nuts is the prevention of cancer. According to Dr. Axe’s official website, nuts are potent antioxidant vitamin sources; examples of these antioxidants include tocopherols and phenolic compounds, which contribute to the body’s defense against free radical damage, as well as oxidative stress. Furthermore, these agents contribute to the prevention of cellular mutation, DNA damage, and tumor formation. This benefit means that people who have a genetic history of cancer will be able to have a reduce risk from developing the disorder.

Cashew also offers improved detoxification and blood circulation from minerals like selenium and copper. According to Nutrition and You, selenium is an important micronutrient, which acts as a co-factor for antioxidant enzymes like Glutathione peroxidases. Selenium is capable of preventing cellular damage related to agents like toxins and free radicals. Meanwhile, copper, a co-factor of numerous vital enzymes like superoxidase dismutase and cytochrome c-oxidase, helps improve blood circulation.

To prepare, as per the publication, the cauliflower, beans, curry paste, coconut milk, and salt are combined in a large skillet and brought to a boil and cooked uncovered for five to six minutes or until the cauliflower is tender. Then, the cornstarch and water are combined until smooth and are stirred into the skillet. After that, the peas are also stirred in and brought to a boil, cooked, and stirred for two minutes or until thickened. Once done, rice is also prepared according to package directions and the cauliflower mixture is sprinkled with cashews. As per the publication, the dish provides six servings.

Cashew is considered healthy because it has many health benefits. Hence, it can be easily a part of various dishes for friends and families.

Here are the Hidden Causes of a Slow Metabolism

Josephine Mills - April 27, 2019 0
A lot of people blame their slow-running metabolism for their inability to get rid of those excess pounds with minimal effort and also...