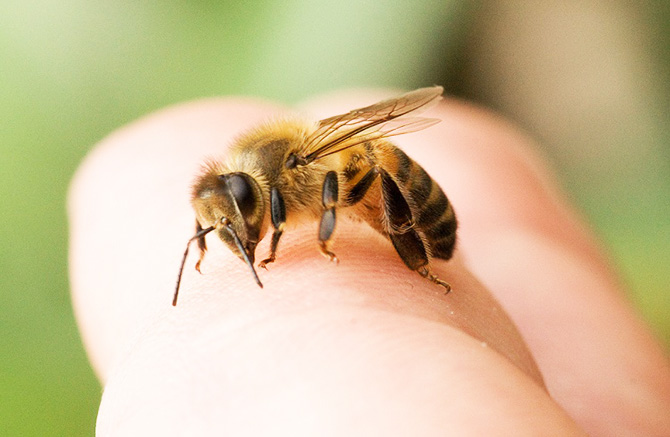 Bites and stings are occasional chief complaints of people in healthcare sectors. Animals are responsible for these, but they can be detrimental to life, since some animals like spiders, bees, and scorpions have toxic chemicals that cause harm to the body. Conversely, dogs, cats, and bats are potential sources of rabies infection, which is also hazardous to human health. In this regard, the following are the causes, signs and symptoms, and home remedies for bites and stings.

Animal bites and stings are caused by animals, as the condition’s name implies. According to EMedicine Health, animal bites may be provoked or unprovoked. An example of a provoked bite is dogbite, after the person teases the dog or tries to take the dog’s food while it is eating. On the other hand, an unprovoked bite is when a person is just sitting an a raccoon attacks him with no known reason. Insects and arachnids are also causes of the condition.

Bites and stings present several signs and symptoms. According to EMedicine Health, they include redness or erythema at or around the site, red streaks from the bite site, swelling, pus or drainage, pain, localized warmth, and fever. As per the publication, medical consult should be done, since risk of infection is present, the animal’s body part may be embedded in the wound and cause infection, nerve and blood vessel damage is possible, and the person may be at risk for tetanus and rabies, both of which have life-threatening complications.

Washing with soap and water is a primary intervention for animal bites and stings. Also, the appearance of the biting animal should be taken into account. One example for this is snakes, such as the appearance of the bite mark, the kind of snake, and its characteristics; this is to enable the person and the care providers determine the kind of treatment pathway to be undertaken.

For dog and catbites, washing the wound stands as the first remedy. According to Mayo Cilnic, the wound is washed thoroughly with soap and water. This is to reduce or remove dirt, debris, and the animal saliva from the affected area. As per the publication, antibiotic cream is also applied and the bite site is covered with a clean bandage. It is best to report to the nearest Animal Bite Center for prompt consult, assessment, planning, treatment, and evaluation. Anti-rabies shots may be administered in the center to prevent rabies infection, which is life-threatening.

Immediate first aid is advised when it comes to stings by marine creatures. For jellyfish stings, the recommended treatment is acetic acid or vinegar; although some people are relieved by urinating or asking someone to urinate on the affected area. According to NHS UK, large spines may be removed with tweezers and not with bare hands. The wound is cleaned with soap and water and pain in the area is relieved by immersing the body part in hot water for 30 to 90 minutes, but it can be repeated if needed.

The animal’s stinger (example: bee) may be embedded in the skin and it may cause adverse reactions, such as swelling or infection. According to Health Line, it is removed with a flat-edged object, such as credit cards, across the skin. Tweezers is not advisable for stinger removal, since the act of squeezing may release venom to the body part.

Bites and stings are harmful to human health, and some of them are life-threatening. Thus, it is best to know the interventions, such as home remedies, to manage them effectively.

Be Kind to Your Knees and Future: Quick Tips

Heather Newman - August 6, 2016 0
Never overlook knee pain, just plain don’t ignore your knees.  It can be a highly regretful thing to not care for your pair and...