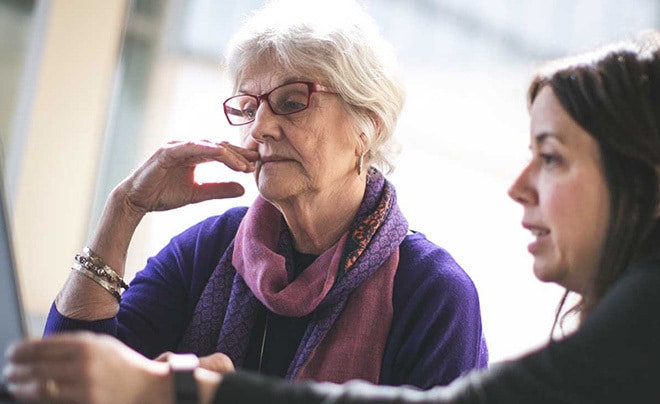 Alzheimer’s disease, also known as Alzheimer’s or AD, is a kind of dementia. It is a chronic neurodegenerative disease that begins gradually, but worsens over time. The most common form of dementia, Alzheimer’s is also a broad term for memory loss and other mental abilities that interfere with the activities of daily living.

According to NHS UK, Alzheimer’s disease is caused by atrophy or shrinkage of some parts of the brain. As per the publication, these affect the structure and function of certain areas of the brain. While the the cause of the atrophy remains unknown, researchers have found abnormal deposits of protein called amyloid plaques, neurofibrillary tangles, and acetylcholine imbalance.

Alzheimer’s disease is also caused by several factors. As per NHS, age stands as the most crucial factor in the development of the condition and the chances of developing the disorder grows twice every five years after a person reaches 65 years old. Other contributing factors include genetics, Down’s syndrome, head injuries, and cardiovascular disease.

According to Alzheimer’s Association, about 5.4 million Americans of all ages have the disease in 2016 and from that figure, around 5.2 million people are aged 65 years and above. Then, around 200,000 individuals are below 65 years old. It is also predicted that some people in the United States will develop Alzheimer’s disease every 33 seconds by mid-century.

Alzheimer’s disease has several signs and symptoms. According to National Institute on Aging, the symptoms may include increased memory loss and confusion, problems recognizing family and friends, difficulty learning new things, trouble in completing multistep tasks like getting dressed, difficulty coping with new situations, impulsive behavior, delusions, hallucinations, and paranoia.

While medical management can be done to the person’s condition, home remedies are also available.

Coconut oil is one of the remedies for Alzheimer’s disease. According to Health Line, coconut oil contains caprylic acid, which is broken down into proteins called ketone bodies. These bodies are similar proteins that are used in a medicine called Ketasyn. As per research, as cited by the publication, individuals who took Ketasyn boosted a person’s memory performance and reduce cognitive decline. However, these studies are still ongoing.

Cinnamon is usually found in pastries, but it can also be a remedy for Alzheimer’s disease, as per Life Saving Natural Cures and Natural Remedies, researchers learned that to compounds in cinnamon extract look for the dysfunction of tao protein. As per the publication, the person prepares cinnamon by taking a heaped teaspoon of cinnamon powder thrice a day, with or without meals. If with the capsules, three grams or more can be utilized for optimal results

Vitamins also help with Alzheimer’s disease. According to Life Saving Natural Cures and Natural Remedies. Vitamin B has a pivotal role in Alzheimer’s. As per the publication high-dose vitamin B treatment in people who are at risk for the disease allowed less atrophy in the affected areas. Also, vitamin B promotes brain functions which include learning, thinking, memory, and sensation.

Another remedy for Alzheimer’s disease is baking soda. As per How Stuff Works, it can be an alternative for commercial toothpastes. To prepare, the person mixes the baking soda and powdered salt. The salt is pulverized in an electric coffee mill or is spread on a cutting board. It is rolled with a pastry rolling pin and is crushed into a texture similar to fine sand. One part of crushed salt is mixed with two parts baking soda.

Alzheimer’s disease is a disorder that affects a person’s overall level of functioning. Thus, it is best to manage it medically or via home remedies.

Josephine Mills - December 30, 2017 0
Did you know that the number one killer across the globe is heart disease? One of the things that can increase your risk of...